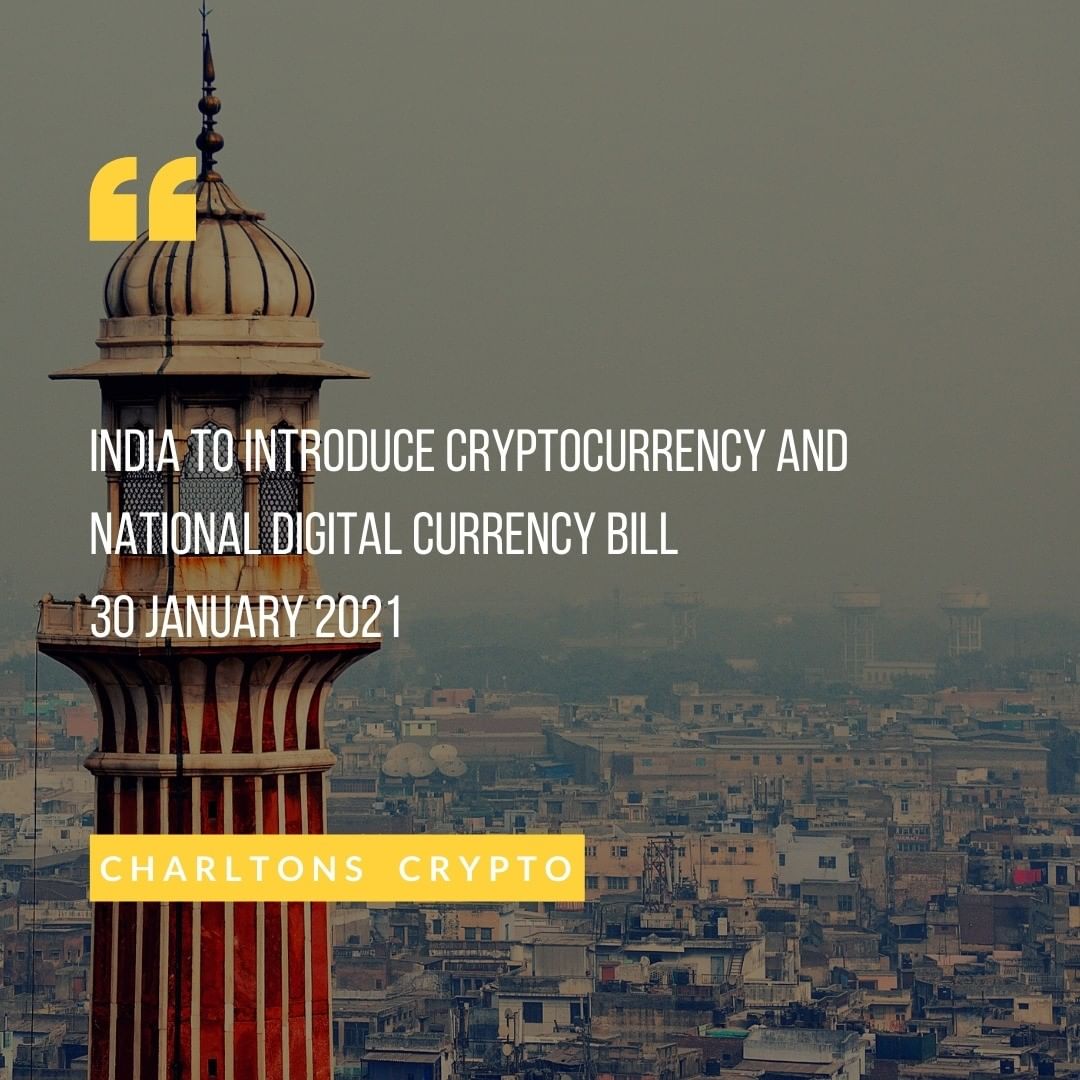 India’s government plans to introduce a bill to ban private cryptocurrencies such as bitcoin and create a national cryptocurrency. The “Cryptocurrency and Regulation of Official Digital Currency Bill” creates a facilitative framework for a national digital currency to be issued by the Reserve Bank of India. The bill also seeks to prohibit all private cryptocurrencies in India, however, it allows for certain exceptions to promote the underlying technology of cryptocurrency and its uses. Earlier in 2018, India’s monetary policy regulator temporarily banned crypto transactions after a string of fraudulent activity, but this policy was later overturned by India’s Supreme Court in March 2020. The new bill seems to be an attempt to find a balance between innovation and financial security.