Regulation of Cryptocurrency and Initial Coin Offerings (ICOs) in Malta 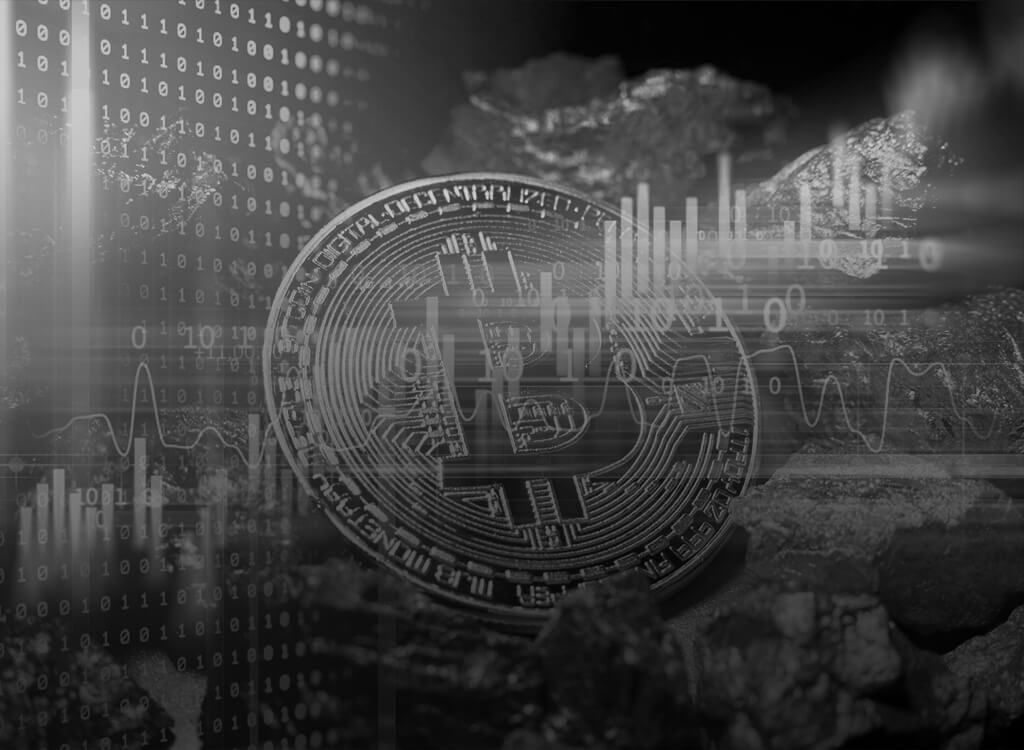 Malta is one of a number of jurisdictions which have sought to establish themselves as crypto hubs by adopting crypto-friendly regulation. Malta was one of the first jurisdictions to implement laws setting the regulatory framework for blockchain and DLT, cryptocurrency and digital assets. In November 2018, the Virtual Financial Assets Act (VFA Act) (governing ICOs and virtual asset exchanges and service providers) came into effect (together with two other laws), with the aim of positioning Malta as one of the world’s leading blockchain jurisdictions.

Despite this progress, Malta has had its fair share of problems. Binance, being one of the largest crypto exchanges was said to have been operating out of Malta. However, in February 2020, the Malta Financial Services Authority (MFSA) issued a statement denying that Binance had ever been regulated in Malta or that the exchange ever had leave to operate in Malta, stating that “Binance is not authorised by the MFSA to operate in the cryptocurrency sphere and is therefore not subject to regulatory oversight by the MFSA.”

The second largest crypto exchange, OKEx still appears to be operating from Malta and in September 2020, two crypto exchanges (Bluetrade and BeQuant) announced plans to set up operations in Malta.[117]

Malta’s ambitions and much hyped ‘blockchain island’ dreams are however dwindling fast. Malta’s Financial Services Authority (the MFSA) has reported that 57 or 70% of the companies which were allowed to provide VFA services during a transition phase ending in October 2019 failed to apply for a VFA service licence to continue providing those services. Only 26 companies, of which a majority were cryptocurrency exchanges, proceeded to initiate the application procedures under the VFA Act. A handful of companies received in-principle approval at the end of 2020. In November 2020, Crypto.com announced that it had received in-principle approval for a Class 3 VFA license (one of the first crypto platforms to receive this) allowing them to provide VFA services (but not operate a crypto exchange) [118] and in December 2020, CoinDeal announced it was the first company to obtain in-principle approval for a Class 4 VFA licence allowing them to operate a VFA exchange and provide VFA services.[119]

The VFA Act sets out the framework for virtual financial assets, including ICOs, and entities that deal with them such as virtual asset exchanges, investment advisers, custodian wallet providers, brokers and portfolio managers.

Malta adopted a Financial Instruments Test which must be conducted by anyone proposing to issue an ICO in or from Malta to determine the type of asset being created and the law applicable to the ICO and the token itself. Where the asset in question is determined to be a “virtual financial asset” or “VFA” (defined as any form of digital medium of recordation that is used as a digital medium of exchange, unit of account or store of value that is not a financial instrument, a virtual token or electronic money) it will be regulated under the VFA Act.

If a DLT asset is convertible into another type of DLT asset, it will be treated as the DLT asset type into which it may be converted. Generally, most virtual assets will be virtual financial assets.

Compared to Hong Kong, the main difference is that Hong Kong currently has no specific legislation applying to ICOs or virtual assets. That will change however if the FSTB’s November 2020 proposals for the licensing of virtual asset exchanges under Hong Kong’s anti-money laundering legislation are implemented. Further, in Hong Kong, there is no strict distinction between the different types of tokens, save for when tokens have the characteristics of a security. Otherwise, all tokens are considered virtual commodities.

The VFA Act does not require issuers to be licensed or registered by the MFSA, however they are required to issue a whitepaper which meets various requirements specified in the VFA Act. This requirement applies to any entity which proposes to (i) offer a virtual financial asset to the public in or from Malta or (ii) apply to trade a virtual financial asset on a DLT exchange. The definition of a VFA issuer refers only to legal entities formed under the laws of Malta. Thus, issuers must be incorporated in Malta if they wish to conduct a VFA offering (i.e. an ICO). A whitepaper is not required if the DLT asset is determined to be a virtual token (which is not regulated by the VFA act). VAIOT announced the successful registration of its whitepaper with the MFSA in October 2020, becoming the first project to be regulated under the VFA Act.[120]

VFA issuers are required to comply with the issuer obligations which, very briefly, relate to conducting the business with honesty and integrity and with due skill, care and diligence; investor communication, conflicts of interest, protection of investors’ funds, administration arrangements, security and compliance with AML/CFT regulation.

Issuers will be liable to compensate any person who suffers loss resulting directly result from the purchase of virtual financial assets either as part of an initial VFA offering or on a DLT exchange on the basis of untrue information contained in the white paper, on the issuer’s website or in an advertisement relating to the virtual financial assets.

This compares to the SFC’s regulatory approach where the investor protection measures of the SFC’s Code of Conduct only apply where a traditional intermediary is involved and as the SFC’s Code of Conduct does not apply to issuers of securities, there is therefore no obligation under the Code of Conduct on the issuer in a typical security token offering to ensure the accuracy of the information provided in its marketing documents nor to assess the suitability of its tokens for prospective purchasers. However, an issuer which makes false or misleading statements in its white paper may be liable for fraud, theft or misrepresentation.

In Malta, the issuer of an ICO must appoint a VFA agent approved by the MFSA on an ongoing basis. Lawyers, accountants and corporate service providers can apply for approval as a VFA agent. The VFA agent is responsible for advising and guiding the issuer as to its responsibilities and obligations under the VFA Act and related rules and regulations. It must form an opinion that the issuer has complied with all applicable regulatory requirements in relation to the offer of virtual financial assets or their admission to trading on an exchange (as the case may be) and must consider the issuer to be fit and proper. The VFA agent acts as a point of liaison between the issuer and the MFSA and must submit all documentation required under the VFA Act and related rules and regulations. In particular, it must submit a certificate of compliance to the MFSA annually confirming that the issuer is in compliance with the regulatory requirements. The VFA agent must disclose any material information relating to regulatory non-compliance to the MFSA.

The VFA Act specifies requirements for advertisements issued in relation to an initial VFA offering or the admission of a VFA to trading on a VFA exchange. Any advertisement must be clearly identifiable as such and the information it contains must be accurate and not misleading and must be consistent with the information contained (or to be contained) in the white paper. The advertisement must contain a statement that a white paper has been or will be issued and give the addresses and times at which copies are or will be available to the public. Advertisements related to a VFA service can only be issued by a VFA licence holder or by another person where the licence holder’s board of administration has vetted and approved its contents.

Application for the Licence

An entity seeking a VFA licence must appoint a registered VFA agent to submit the application. The MFSA may grant or refuse to grant a licence, which may be general or restricted to the provision of specified VFA services. The grant of a licence requires the MFSA to be satisfied on an ongoing basis that:

The licence may be granted subject to any conditions the MFSA deems appropriate, and may be subsequently revoked or additional conditions may be imposed. The MFSA’s decisions to grant or refuse to grant a licence will be guided by its objectives of investor and public protection, protection of Malta’s reputation, promotion of innovation and competition and the sustainability and reputation of the applicant and parties connected to it.

There are a number of other grounds on which the MFSA may refuse to grant a licence, including if it considers that the applicant does not have sound and prudent management, robust administration arrangements and adequate internal control or security mechanisms, or that the applicant has close links to a person or persons that prevent it from exercising effective supervision of the applicant, or that granting a licence to the applicant could pose a risk to investors, the general public, Malta’s reputation, and promotion of innovation or competition.

The MFSA can suspend or cancel a licence for reasons which include but are not limited to the following:

The VFA Act imposes standards of conduct on licence holders including requirements that they act honestly, fairly and professionally; comply with the requirements of the VFA Act and any related rules and regulations; and owe fiduciary duties towards their customers. Licence holders must maintain systems and security access protocols to appropriately high standards.

The VFA Act creates offences of insider dealing, market manipulation and unlawful disclosure of inside information in relation to virtual financial assets that are admitted to trading on a VFA exchange, whether carried out in or outside Malta:

VFA exchanges are required to have effective systems, procedures and arrangements in place to monitor and detect market abuse and must report any suspicion of market abuse to the MFSA.

It is an offence for a person to induce or attempt to induce another person to enter into a VFA agreement by knowingly making statements that are misleading, false or deceptive. Any person intentionally obstructing another person from exercising rights given by the VFA Act will also be guilty of an offence. Offences under the VFA Act are punishable by a fine of up to EUR 15 million, a fine up to three times the greater of the profits made or losses avoided by the offence, or by imprisonment for a maximum six years, or both fine and imprisonment. The VFA Act also imposes reporting obligations with respect to suspected money laundering and terrorist financing. If an officer or an employee of a VFA issuer, VFA agent or licence holder considers that a transaction may involve money laundering or terrorist financing, they must report this in compliance with Malta’s Prevention of Money Laundering Act.

Offences under the VFA

Unlawful disclosure of inside information