India Will Launch a Retail CBDC Pilot in December 2022 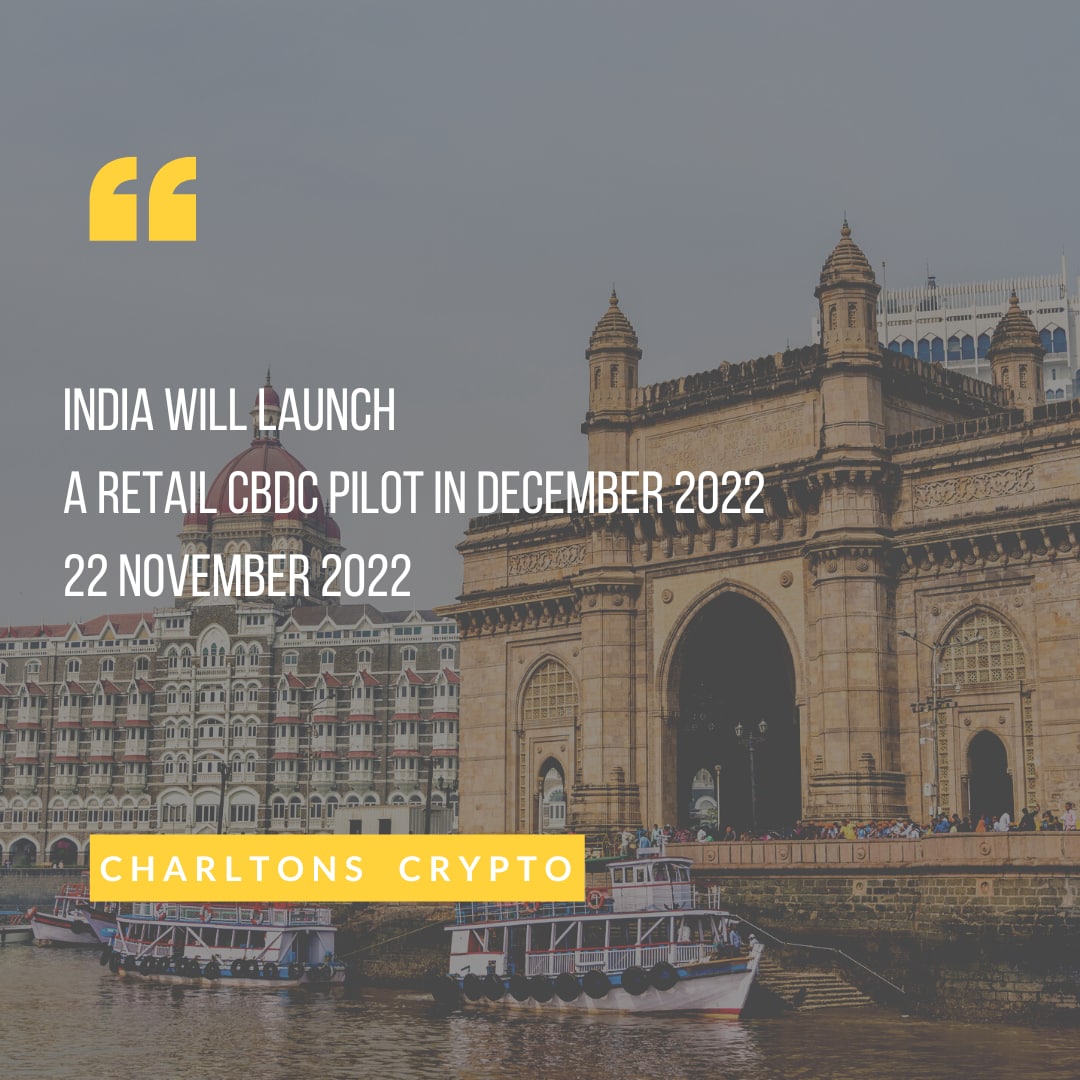 The Reserve Bank of India (RBI) is going to conduct the retail pilot of the “digital rupee”, having previously tested the wholesale usage of its central bank digital currency (CBDC). The pilot is expected to be launched within a month. The RBI is reportedly in the final stage of preparing the rollout of the retail digital rupee pilot. The initial participants in the pilot include the State Bank of India, Bank of Baroda, ICICI Bank, Union Bank of India, HDFC Bank, Kotak Mahindra Bank, Yes Bank and IDFC First Bank, and the pilot will reportedly be extended to include all commercial banks in the country at some stage. Each participant will test the CBDC among 10,000 to 50,000 users. To integrate the new payment option, the banks will collaborate with PayNearby and Bankit platforms. The CBDC infrastructure will be held by the National Payments Corporation of India (NPCI).