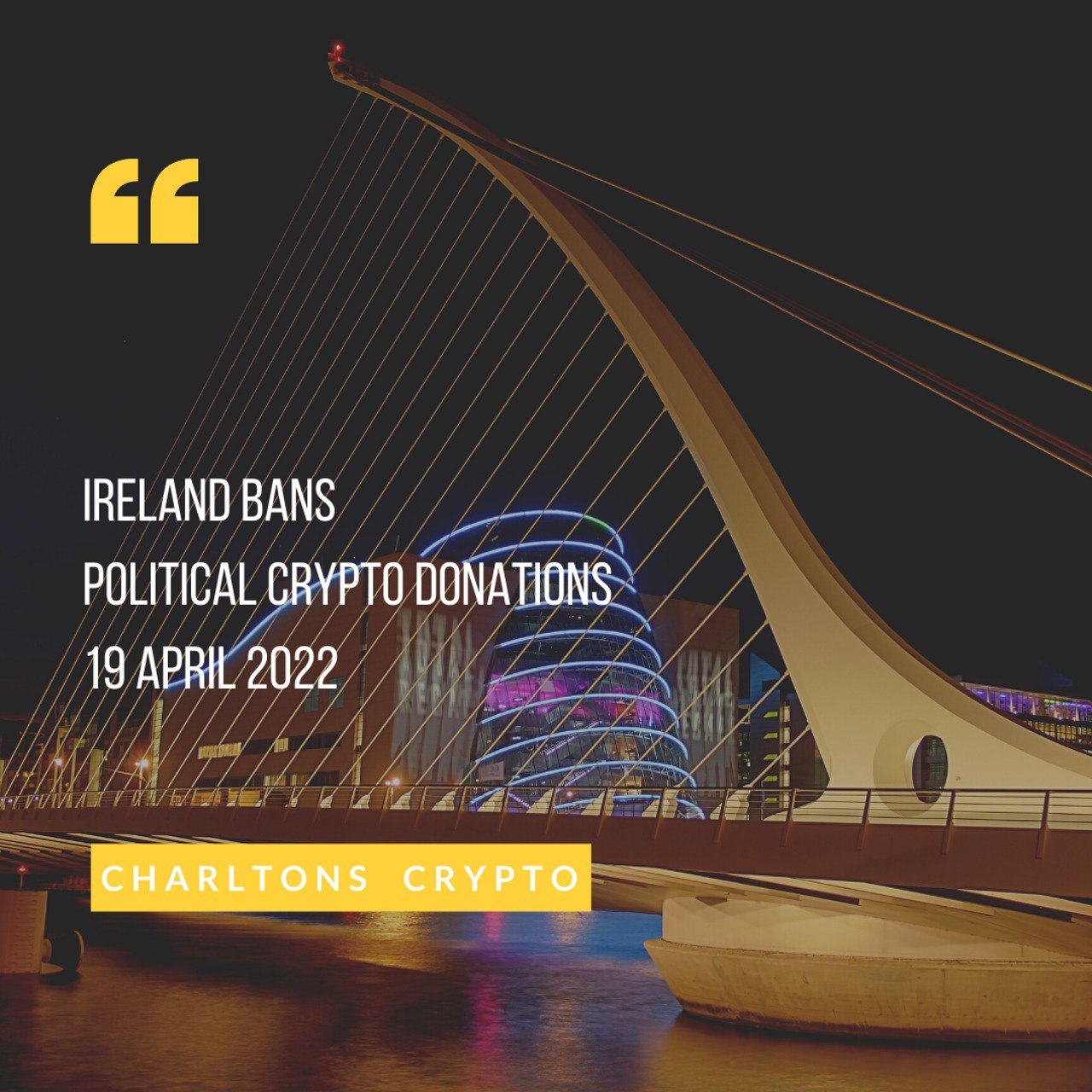 New political and electoral integrity laws in Ireland will prohibit donations to Irish political parties made in cryptocurrencies. The legislative initiative is reportedly the result of concerns about foreign interference in politics. However, information has not been made available as to the percentage or monetary amount of political donations to political parties and individuals made using cryptocurrency. The proposed legislative amendments also cover rules relating to foreign donations, misinformation and other transparency requirements for political parties. According to the parliamentarian who initiated the amendments, the new laws aim to further protect Ireland’s democratic system “given the escalating threat of cyber warfare targeting free countries”. There are also plans for a newly established Electoral Commission to oversee compliance with the laws.