The Bank of Russia presents a new concept for its CBDC, the digital ruble 9 April 2021 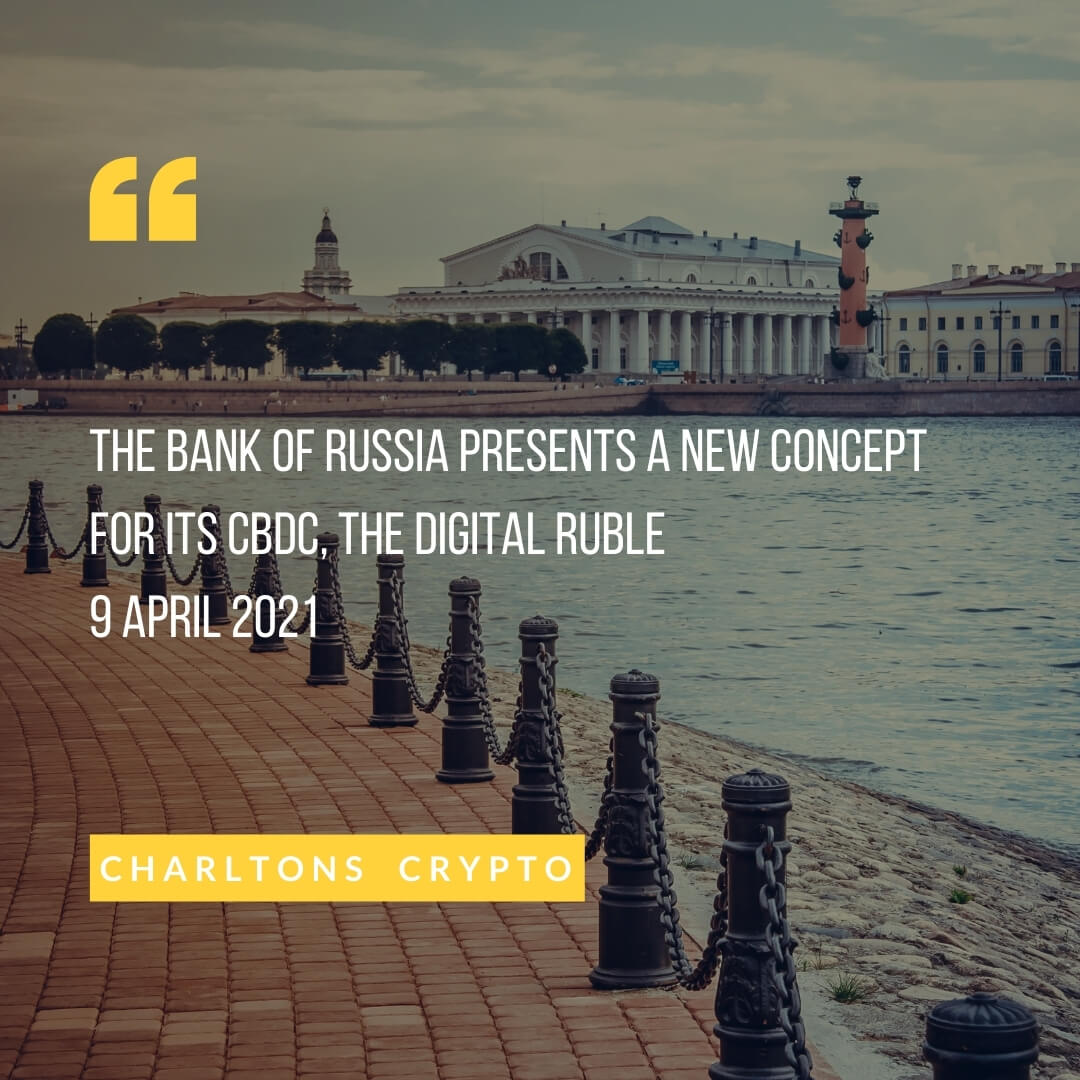 The Bank of Russia has presented a new concept for the Russian central bank’s digital currency. According to its First Deputy Governor, the Russian central bank is proposing to produce a prototype of its digital ruble by December 2021. The regulator also published a fresh report on the current state and future plans for the project. Under the proposals, the digital ruble will be hosted on a hybrid technological platform combining distributed ledger technology (DLT) and centralised control by the Bank of Russia. No particular DLT platform has been identified as yet. It is also proposed that in 2022, the Bank of Russia will draft the necessary regulatory standards for integrating the digital ruble into Russia’s financial system, and pilot the prototype with banks and other financial institutions, according to the report.