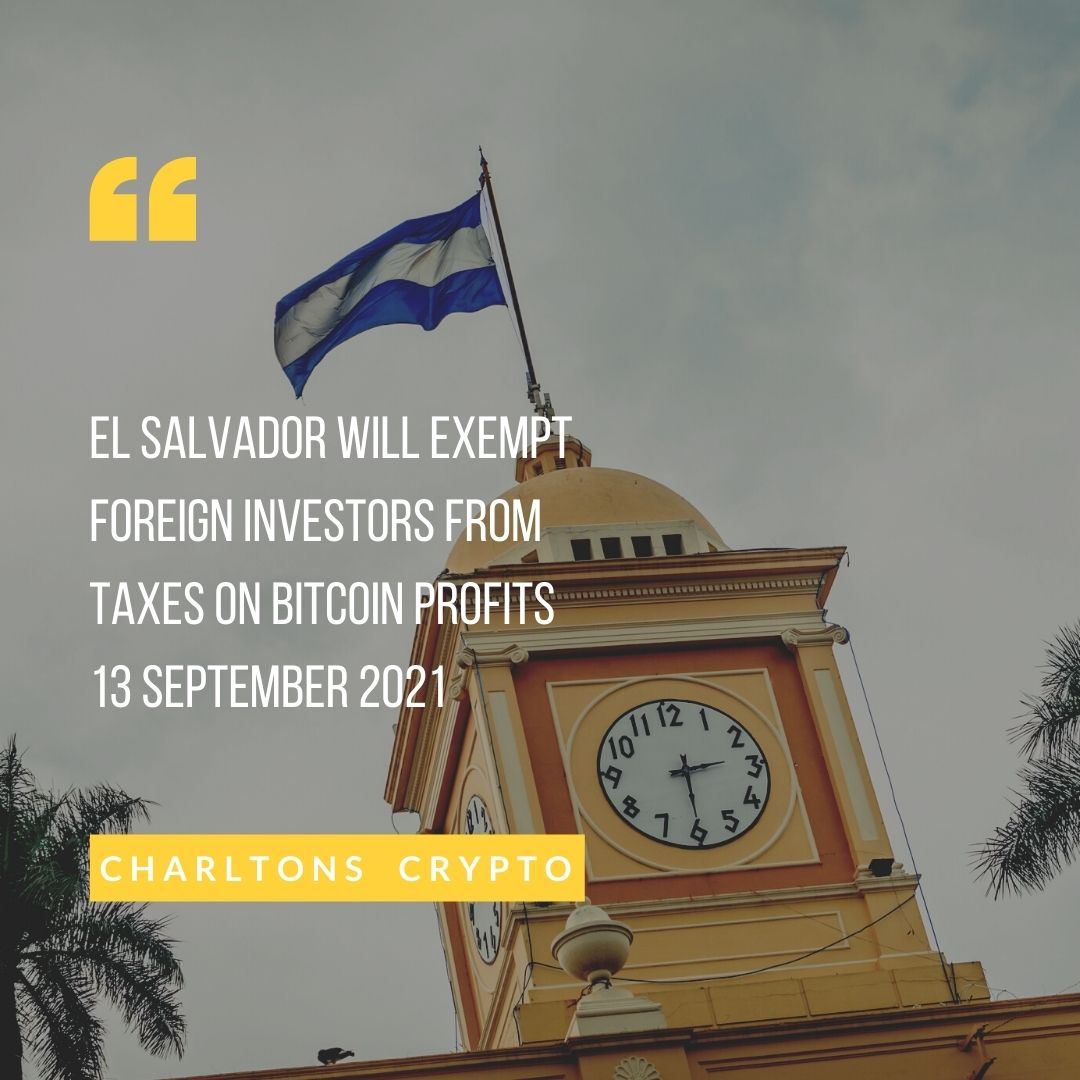 Having become the first country to recognise Bitcoin as legal tender, El Salvador will reportedly exempt foreign investors from taxes on bitcoin profits. According to a legal adviser to the country’s president, the aim is to encourage foreign investment. Foreign investors will apparently be exempt from taxes on both income and capital gains. El Salvador’s government is also reportedly implementing anti-money laundering measures and will actively trace Bitcoin transactions in the country’s official BTC wallet, Chivo, to counter the potentially illegal use of Bitcoin.