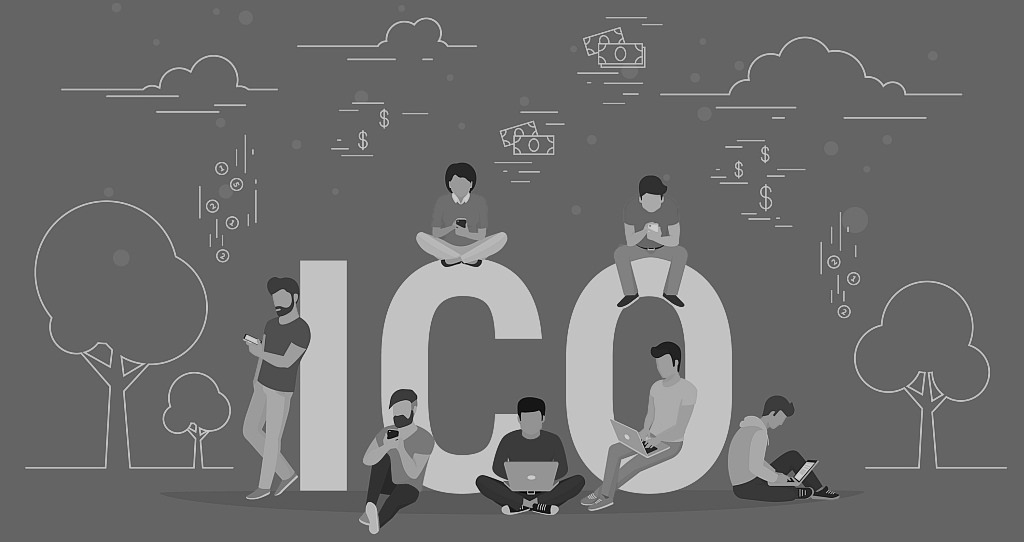 A number of ICOs have been launched in Hong Kong, for example Block One and OpenANX.  It is expected that over the next six months about 10 to 20 companies will issue ICOs in Hong Kong.[1]

The legal status of cryptocurrencies and ICOs in Hong Kong as elsewhere is somewhat of a grey area.  There is no specific Hong Kong legislation or Hong Kong regulation of cryptocurrencies or ICOs.  Hong Kong’s Securities and Futures Commission (SFC), like other overseas regulators (notably the US SEC and Singapore’s MAS) recently issued an SFC statement on ICOs warning that, in certain circumstances, ICOs may constitute securities, the offer of which in Hong Kong would be subject to Hong Kong securities laws. Hong Kong has not however gone as far as the PRC which has declared ICOs to be illegal.

In November 2017, the Secretary for Financial Services and the Treasury (FSTB) issued a press release on the offering and trading of digital tokens.  According to the press release, digital tokens should be considered to be virtual commodities rather than currencies.

Excluding digital tokens falling within the definition of “securities” under the Securities and Futures Ordinance (Cap. 571) (SFO) (as in the SFC’s September statement), virtual commodities, and their trading platforms and operators are not subject to any specific regulatory measures in Hong Kong.  The press release reiterates that virtual commodities do not have any backing, in either physical form or from the issuer, and do not qualify as a medium of payment or electronic currencies.

The Secretary notes that virtual currencies are not widely accepted as a medium of payment in Hong Kong, and that it considers it unlikely for virtual commodities to have a systemic impact on Hong Kong’s financial system at present.  The Government is going to monitor the developments of ICOs and virtual commodities in Hong Kong, and will be communicating with regulators in other jurisdictions through international organisations such as the Financial Action Task Force.

On 5 September 2017, Hong Kong’s SFC statement on ICOs (SFC Statement) was issued. According to the SFC Statement, whilst digital tokens offered in typical ICOs are usually characterised as a “virtual commodity”, depending on the facts and circumstances of an ICO, digital tokens that are offered or sold may be “securities” as defined in the SFO, and subject to the securities laws of Hong Kong.

“Securities” are broadly defined under Schedule 1 to the SFO. The SFC also has a right to prescribe a class of interests, rights or property as a security by notice.

There are a number of relevant considerations in determining whether the digital tokens are securities, such as the terms of the issue of the token, including its characteristics, as well as the underlying platform and business model, such as whether the tokens are being used to fund a project, to facilitate a payment system or as a vehicle for cryptocurrency trading on an exchange.

The SFC statement on ICOs outlines three types of offerings in which digital tokens might constitute “securities”, namely where the digital tokens are regarded as shares, debentures, or interests in a collective investment scheme (CIS).

The SFC’s guidance indicates that the essential features of a CIS are:

There have been no court decisions on the meaning of “collective investment scheme” in Hong Kong, and whether or not any particular ICO falls within the definition will depend on the facts and circumstances of the ICO and ultimately, the courts’ interpretation of the statutory definition.

Dealing in or advising on digital tokens regarded as “securities” under the SFO, or managing or marketing a fund investing in such digital tokens may constitute a “regulated activity”. Parties engaging in a “regulated activity” must obtain a licence from the SFC where their activities target the Hong Kong public, regardless of whether the parties are located in Hong Kong. There is a limited exemption from the requirement to be licensed to deal in securities where a person, as principal, deals with a person who is a “Type 1 professional investor”. This includes licensed investment intermediaries, authorised financial institutions, regulated insurance companies, regulated collective investment schemes, government and multilateral agencies.

ICOs involving the offer of shares or debentures to the public are subject to the detailed prospectus requirements under the Companies (Winding Up and Miscellaneous Provisions) Ordinance (Cap. 32) (CWUMPO), unless an exemption applies:

ICOs involving an offer to the public to participate in a CIS require SFC authorisation, unless an exemption is available, which is essentially limited to a professional investor exemption and a private placement exemption.

In the Hong Kong FSTB Secretary’s November 2017 press release, it was stated that digital tokens constitute virtual commodities rather than currencies.

According to the press release, virtual commodities do not have any backing, in either physical form or from the issuer, and do not qualify as a medium of payment or electronic currencies.

The Hong Kong Monetary Authority (HKMA) has also stated that it regards Bitcoin not as legal tender but as a “virtual commodity”. According to its February 2015 press release, “As Bitcoin does not have any backing – either in physical form or from the issuer – and its pricing is highly volatile, it does not qualify as a means of payment or electronic money. Bitcoin and other similar virtual commodities are not regulated by the HKMA”. In its statement, the HKMA also reminded the public of the risks involved in Bitcoin trading, and that cases have been reported to the police which may involve fraud or pyramid schemes.

In addition, any operators in Hong Kong whose transactions involve money changing or remittance services are required to apply to the Commissioner of Customs and Excise in Hong Kong for a “money service operator” licence under the AMLO.  In a statement dated April 2014, the Money Service Supervision Bureau of the C&ED stated that for the purposes of the AMLO, Bitcoin or other similar virtual currencies are not “money” and do not fall within the regulatory regime administered by the C&ED.  However, “remittance service” means arranging for the sending of money to a place outside Hong Kong or arranging for the receipt of money from a place outside Hong Kong. As such, it is possible that a platform, if operated in Hong Kong, could be conducting a remittance service by facilitating the remittance of fiat currency in and out of Hong Kong.

It was only relatively recently that the retail payment systems (RPS) in Hong Kong were subject to a system of regulation.  Since 2015, a new regulatory framework has applied to RPS under the Payment Systems and Stored Value Facilities Ordinance (Cap. 584) (the PSSVFO).

The PSSVFO defines an RPS as a “system or arrangement for the transfer, clearing or settlement of payment obligations relating to retail activities (whether the activities take place in Hong Kong or elsewhere), principally by individuals, that involve purchases or payments”; and “includes related instruments and procedures”.  The term “system or arrangement” would include a computer system, or network, or other physical system infrastructure, as well as business arrangements. It is also clear that the definition of RPS is not limited to electronic fund transfer systems and payment card schemes.

A RPS is a system that is either (a) in operation in Hong Kong; or (b) accepts for transfer, clearing or settlement transfer orders denominated in any currency or declared medium of exchange.  The HKMA may declare a thing to be a medium of exchange for the purposes of the PSSVFO.  This may potentially include a cryptocurrency.

The PSSVFO provides that the HKMA can designate a “system or arrangement” as a RPS so as to subject them to various requirements. Under section 4(1) of the PSSVFO, an RPS may be designated if the HKMA is of the opinion that:

Where a system is designated as a RPS it would be subject to various requirements including providing a safe and efficient operating system, establishing appropriate operating rules, creating adequate compliance arrangements and ensuring the availability of sufficient financial resources. In August 2017, the HKMA designated as RPS the systems operated by Visa, Mastercard, UnionPay International and American Express for the processing of payment transactions involving participants in Hong Kong.

A significant issue is whether legal persons are subject to the comprehensive requirements under AML/CTF laws, such as know your client and reporting obligations. Hong Kong’s financial regulators, including the SFC, the HKMA, the Office of the Commissioner of Insurance, and the Customs and Excise Department (C&ED) have required financial institutions to use a risk based approach to assess their money laundering and terrorist financing risks associated with virtual commodities, in accordance with the Anti-Money Laundering and Counter-Terrorist Financing (Financial Institutions) Ordinance (Cap. 615) (AMLO). These financial institutions are required to comply continuously with customer due diligence and record keeping requirements when establishing or maintaining business relationships with customers or clients who are operators of any schemes or businesses relating to virtual commodities.

Under the applicable ordinances, any person (including financial institutions, virtual commodity dealers or operators) is required to report any suspicious activities in relation to money laundering or terrorist financing to the JFIU set up by the Police and the C&ED in Hong Kong. A failure to disclose suspicious transactions to the JFIU may amount to an offence.   The applicable ordinances include:

In January 2014, the SFC issued a circular reminding licensed corporations (LCs) and associated entities (AEs) to take all reasonable measures to ensure that proper safeguards are in place to mitigate their existing AML/CTF risks. Virtual commodities that are transacted or held on an anonymous basis inherently present significantly higher AML/CTF risks.

The SFC in its September 2017 statement, cautioned investors that they may be exposed to increased risks of fraud arising from ICOs, given that these arrangements and the parties involved operate online and may not be regulated.

Persons that engage in the secondary trading of tokens that are considered securities may be subject to regulation under the SFO, including licensing requirements.

A cryptocurrency exchange platform may be considered a stock market under the SFO, which is defined as a place where persons regularly meet together to negotiate sales and purchases of securities (including prices), or a place at which facilities are provided for bringing together sellers and purchasers of securities; but does not include the office of an exchange participant of a recognized exchange company, or a recognized clearing house.

Regulation of Cryptocurrencies in Hong Kong

FSTB Press release on the offering and trading of digital tokens