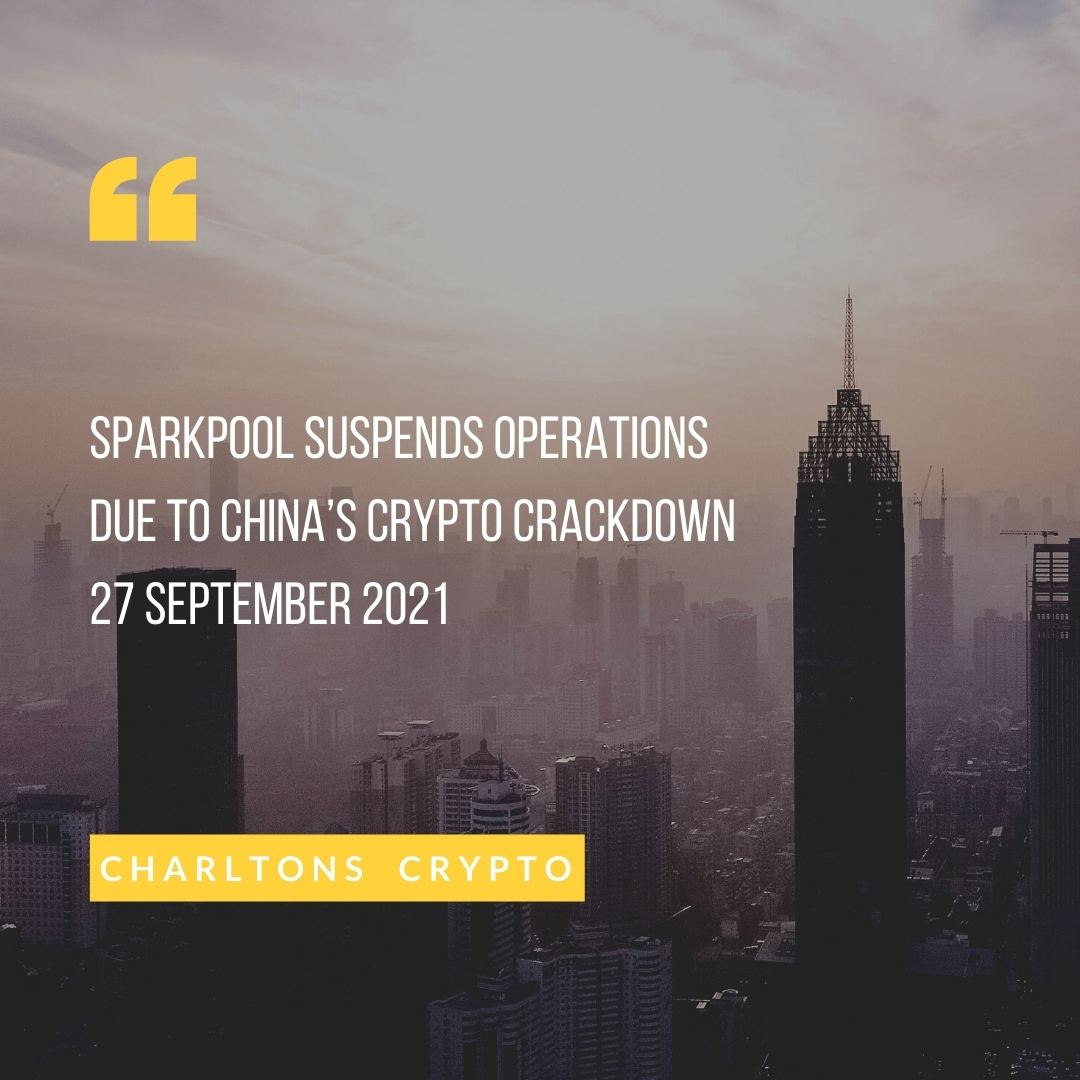 Sparkpool, the world’s second-largest Ethereum mining pool, is suspending operations following Chinese regulators’ latest crackdown on crypto. Sparkpool was launched in China in 2018 and currently makes up 22% of Ethereum’s global hash rate. The mining pool announced that it has suspended access to new users in mainland China on Monday in response to Chinese authorities initiating new measures to combat crypto adoption in the country. Sparkpool will continue shutting down services and plans to suspend existing mining pool users both in China and abroad. According to the announcement, the measures intend to ensure the safety of users’ assets in response to regulatory policy requirements.